Dennis and I created the best selling The Secret of Your Name (Red Deer Publisher) a few years back.

In our most recent collaboration, Proud to be Metis ¨(Rubicon Publisher), Master Metis artist, Dennis Weber and I again take on the frustration felt by countless Metis whose history, birthrights and responsibilities to their ancestors were denied them first by their own families and then by other Metis whose motives were, as is so often the case in today's world, power and money. 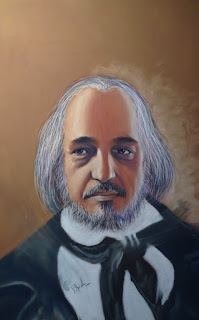 What if we were to create a book based on key Metis personnages dating from the exodus from Quebec and other Eastern provinces right up to today.

What if we were to draw up a list of influential Metis and ask them to pose for the artist Dennis? What would be their response? And how might that book take shape?

Our list would obviously include Louis Riel and Gabriel Dumont but what others might we want to  highlight in such a way that our readers could better understand both our plight and our history.

And would this grouping only feature Metis men and  women? No. There is one Scottish woman whose strength and courage founded a long string of Manitoba Metis.

And would this grouping only feature Metis who were faithful to Louis Riel? No. There is, among them, a Metis who spent much of his life working as a guide for the North West Mounted Police who themselves proved to play a vital role in denying Metis and First Nations their rights. .

That is it then. Oh...our book is written in English/French/Michif...on one side and in English on the opposite side. We have also included a glossary of the roughly 100 Michif words.

And finally...every page features and old French song that Metis would have been sung as they jigged around the campfire. Don't recognize the song? Not a problem. Our book comes with a free download. Download it and allow me to read and sing it for you. Dennis is shy and doesn't sing. 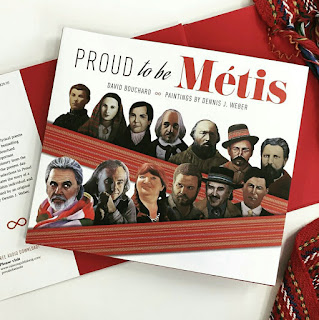 Posted by David Bouchard at 3:13 PM