This short video captures what I have tried to do in Proud to be Metis and in all my other books. It speaks to culture, literacy, education and so many other elements - all through the power of story.
Posted by David Bouchard at 11:23 AM No comments:

Canada can do better

"We can't all be Finland" is what I hear when I quote the many successes Finland has achieved over the past few decades in its unconventional educational initiatives.

Over the next few weeks, I will focus on what Finland has been doing to move from a system of mediocrity to one that leads the free world in almost every segment of education.

My Arctic tour has driven home the obvious shortcomings of an educational system that we Canadians seem unwilling to change. It is well past the time that we stop tweaking what we have always done and do something very different. 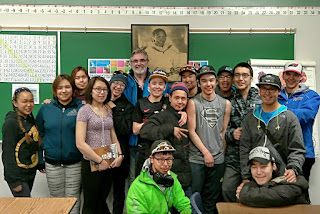 Yet, they smile, laugh and speak their language with the greatest of pride. They continue to love and live off the land that provides them with life's bare essentials. They have hung on and will continue hanging on for as long as it takes for the rest of us to catch up.

When I spoke to primary children in Arctic Bay, they needed the help of a translator to understand me. Their spoken language is called Inuktitut. They speak it everywhere; at home, on the streets and at school. High school kids speak English with a charming accent. Their English is quite good but not of the level that would allow them to succeed in any standardized test. 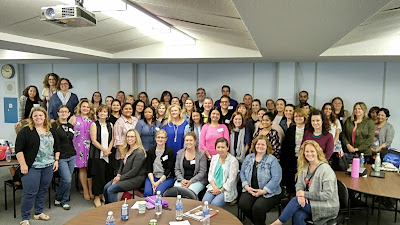 Over the next few weeks, I will focus on what we might do differently.

For now, the best thing we have going for us is pictured here; amazing educators ready to do what is right for each and every child, if allowed to do so.

It is not possible however with hands tied by curriculum directed systems and standardized tests.

Cut our teachers loose and watch what passion, vision and commitment can do.


Posted by David Bouchard at 3:44 PM No comments: