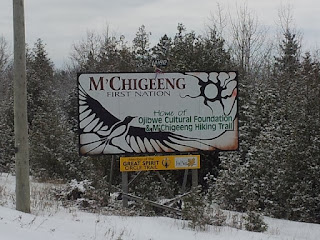 February and back on tour

It's Feb. 1 and I'm headed back out on the road. I'll be in Alberta this week, then in Ontario for the next two weeks. My calendar gives a feel for my next two months...on the road making new friends and catching up with old ones. 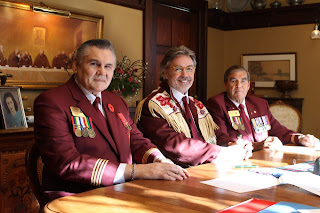 It's been crazy since early December. Our mom died on Dec. 10th. Dad (94) broke his hip on Nov. 22nd...so he was in the hospital at the time. Since then...since then, we've celebrated our Mother's long, happy life. We've sold mom and dad's condo and helped dad move into a new, exciting suite.

This month has been one of honours. The Metis Nation of Canada named me as their first Prime Minister while READ Victoria named me their champion for 2012.

And this is an active time for my writing. Raven's Greatest Creation is a proving to be a hit. Beneath Raven Moon (les Editions des Plaines) is ready to go to press as is Rainbow Crow (Red Deer Press). I'm ready for a long tour and geared up for our annual trip to Paris for the Salon du Livre (in March).

2012 is the Year of the Dragon. I am a Dragon and ready to be carried by the tide of an exciting year.
Posted by David Bouchard at 9:13 AM No comments: